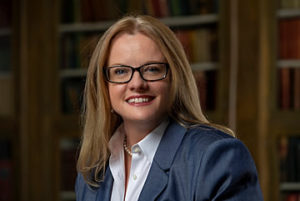 Dawn is a highly skilled litigator, negotiator, and top San Francisco personal injury attorney. She has an undefeated record in trial and arbitration for her clients and a special talent for obtaining exceptional results for those injured.

Dawn works closely with some of the foremost experts in the nation to build clear and compelling personal injury cases on behalf of the firm’s clients.

Dawn has obtained substantial judgments and settlements for her clients. These include:

$4.9 Million for a farm laborer in his 50’s who was seriously injured in a car accident

$4.6 Million for a physician who sustained an impalement injury from a trip and fall accident

$4.5 Million for a woman in her 60’s struck by a vehicle while crossing in the crosswalk who sustained a brain injury

$2.525 Million for two pedestrians struck by an agricultural vehicle pulling a trailer that came loose

$1.75 Million for a middle age man rear-ended by a commercial truck sustaining spinal injuries that required back surgery

$825,000 for a middle aged administrator who suffered a surgical ankle injury as a result of a dangerous sidewalk

Awards and Honors include:

Dawn’s high-caliber legal skills, tenacity, and exceptional negotiation skills have won her extremely high praise and gratitude over the years from the firm’s many clients. She has a superb “10” rating on the legal website Avvo, and countless 5-star ratings on review sites Yelp and Google Reviews.

Dawn is committed to making our streets safer. She is a member of  WalkSF (a pedestrian advocacy organization making streets safer for pedestrians), and the San Francisco Bicycle Coalition (a bicycle safety advocacy group).

In her spare time, Dawn enjoys spending time with her family and adorable dog Emmett, a miniature poodle-terrier mix.